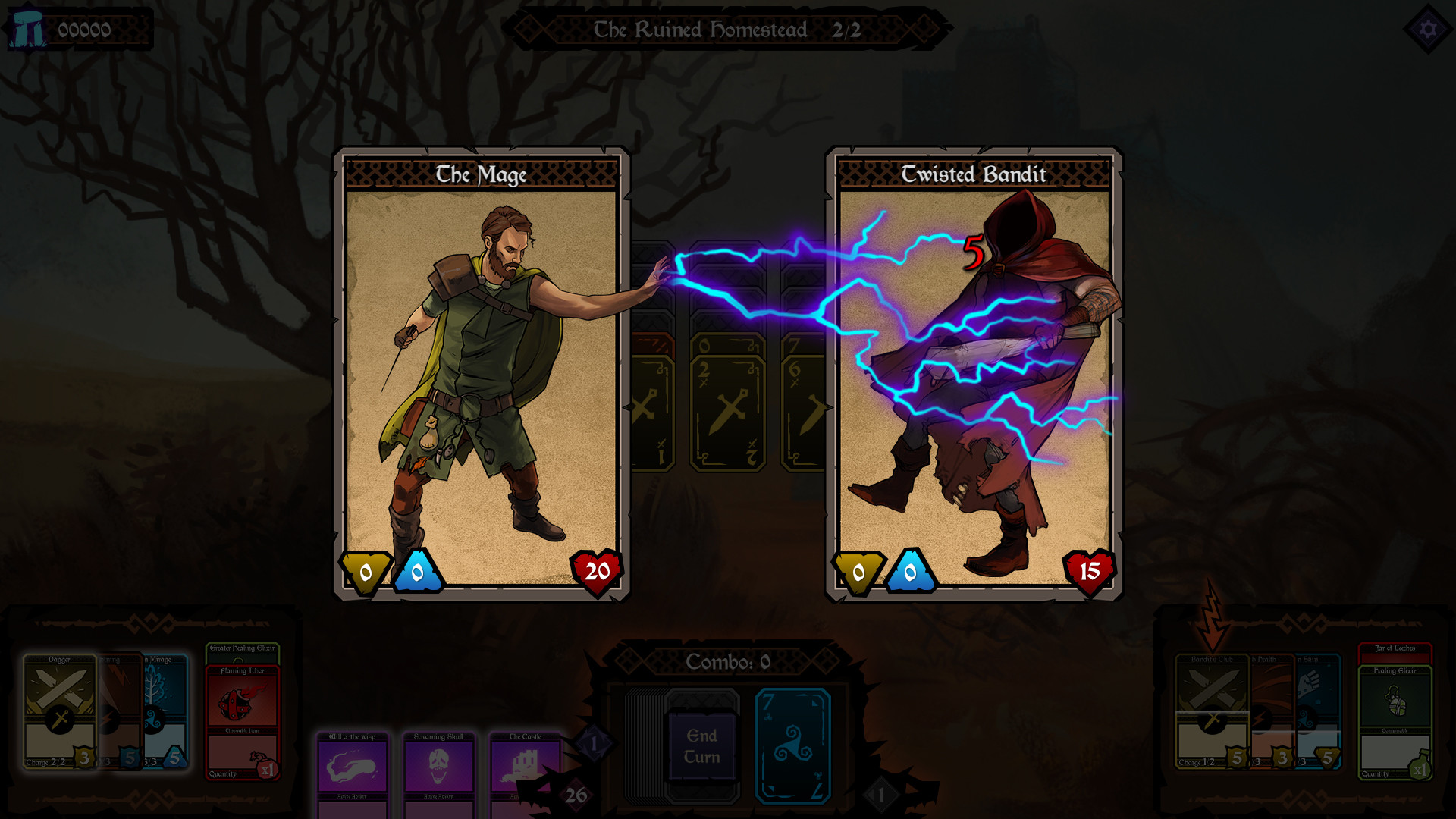 Ancient Enemy is an RPG card battler set in a crumbling world where the forces of evil have already won. It's an indie game developed and distributed by Grey Alien Games in LL. Blast distorted enemies with a satisfying range of spells and abilities. Journey into a scarred wilderness and draw power and hope from the landscape to defeat the deadliest foe of all!

The system requirements are lightweight; nearly any new laptops will work for playing Ancient Enemy.