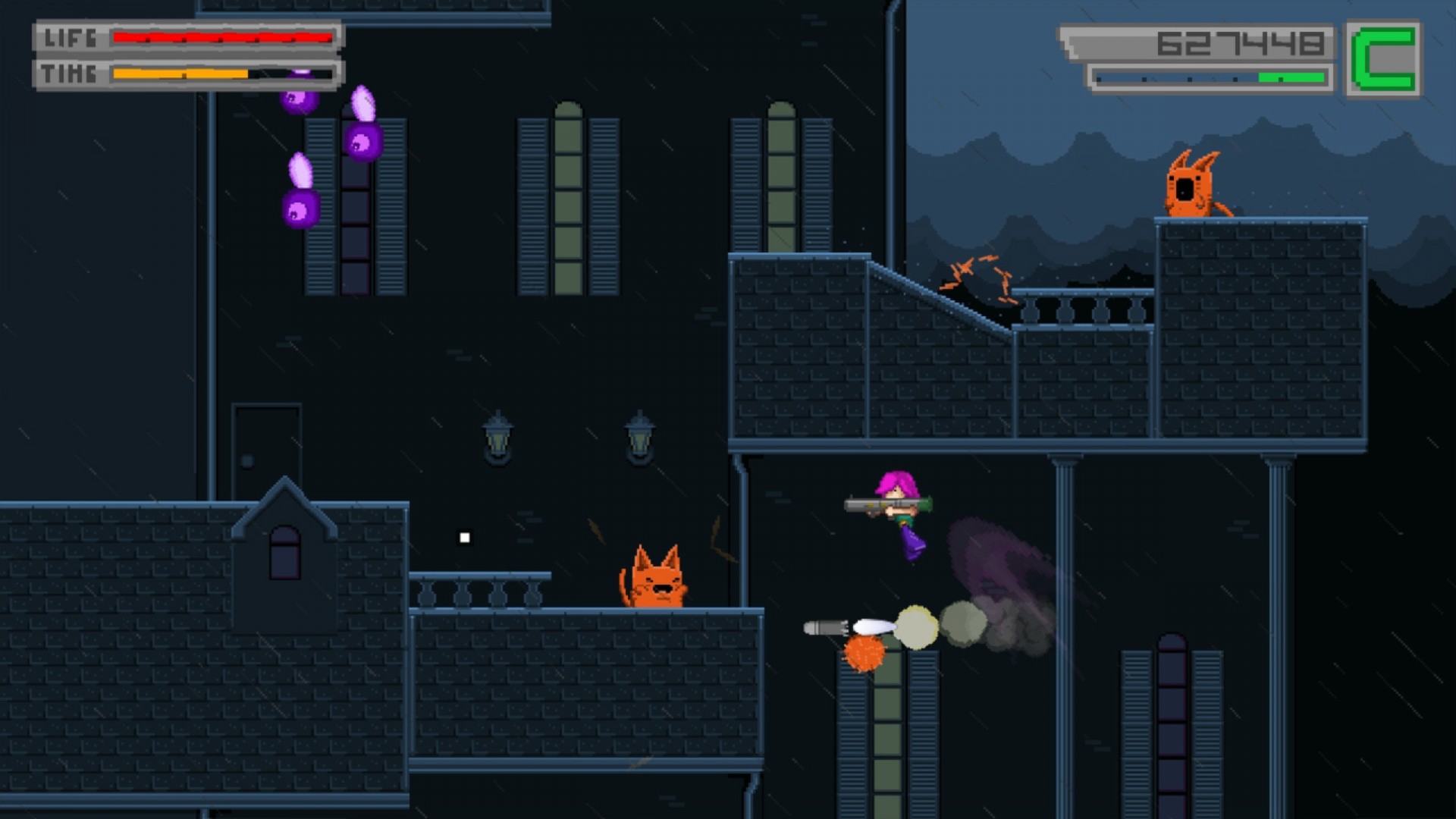 Bleed is an indie game developed and published by Ian Campbell in 2013. Wryn is a girl with a big arsenal and big dreams -- she wants to be the ultimate videogame hero. Help her take down the Greatest Heroes of All Time in an action-packed bid to claim the title for herself and show the world what a true hero looks like!

The system requirements are lightweight; almost any modern laptops will work for playing Bleed.