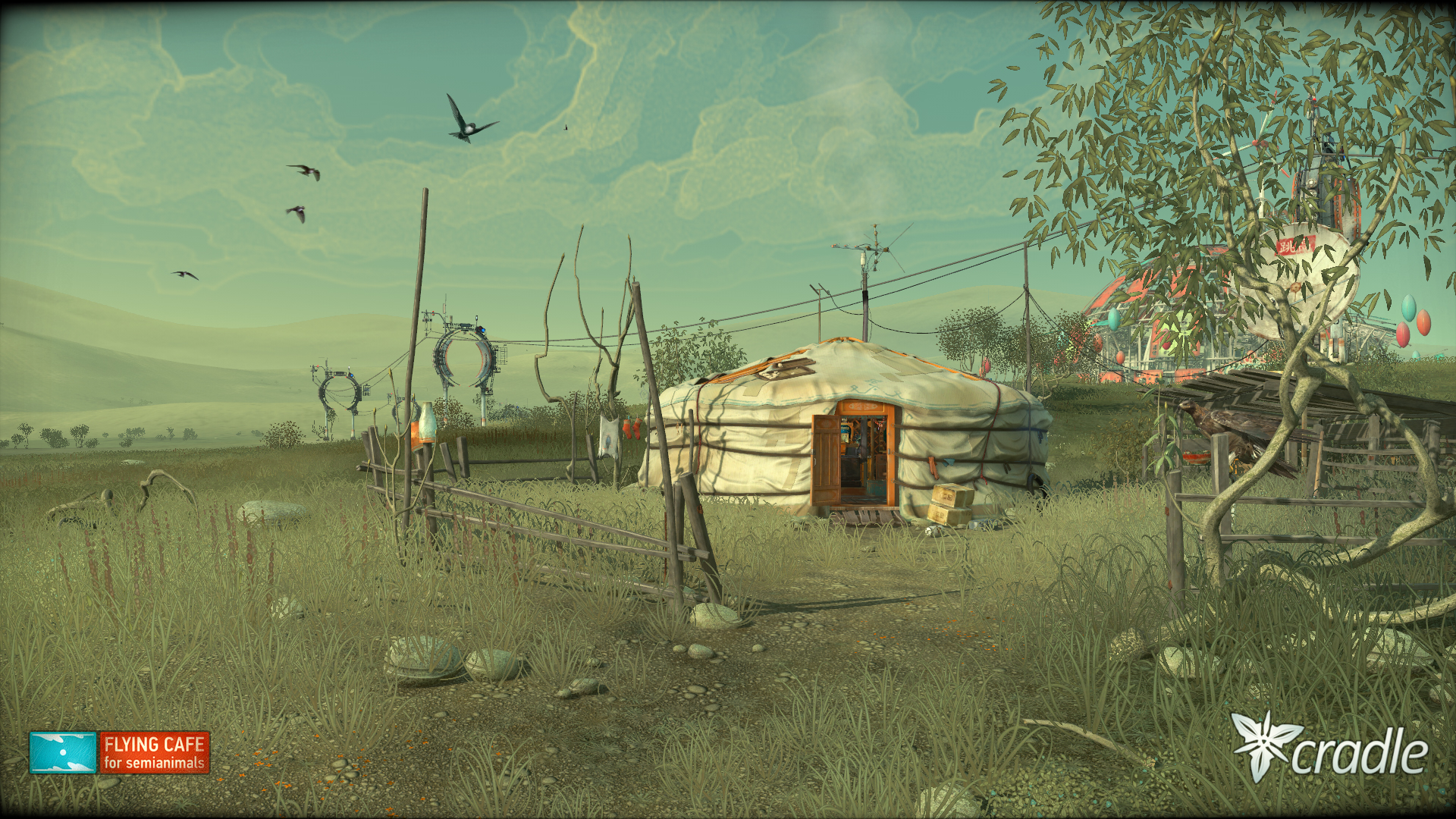 Cradle is a sci-fi first-person-view quest designed for the player to explore the surrounding world. It's an indie adventure game developed and distributed by Flying Cafe for Semianimals in 2015. The story is built around the relations of the protagonist and a mechanical girl who by quirk of fate found themselves amidst the desert.

The system requirements are lightweight; nearly any new laptops will work for playing Cradle.