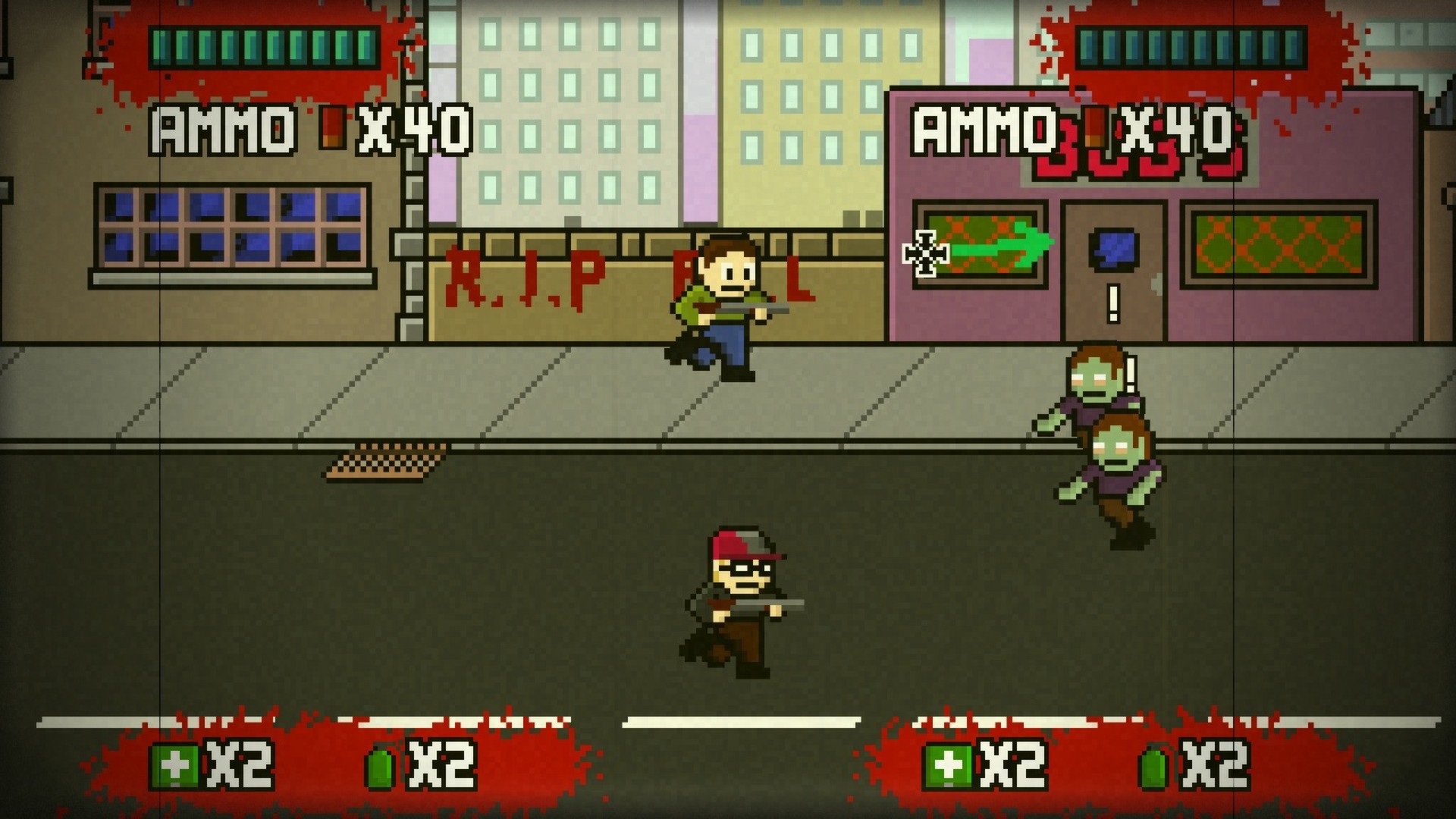 Dead Pixels is an indie role-playing game developed and distributed by CSR-Studios in 2012. A toxic waste spill finds its way into the water supply, causing the recently deceased to rise from their graves. Now it's up to you to blast your way through the hordes of undead if you're going to escape the city. On the way to your rescue, you'll search stores and houses for supplies, and trade with other survivors.

The system requirements are lightweight; nearly any new laptops will work for playing Dead Pixels.