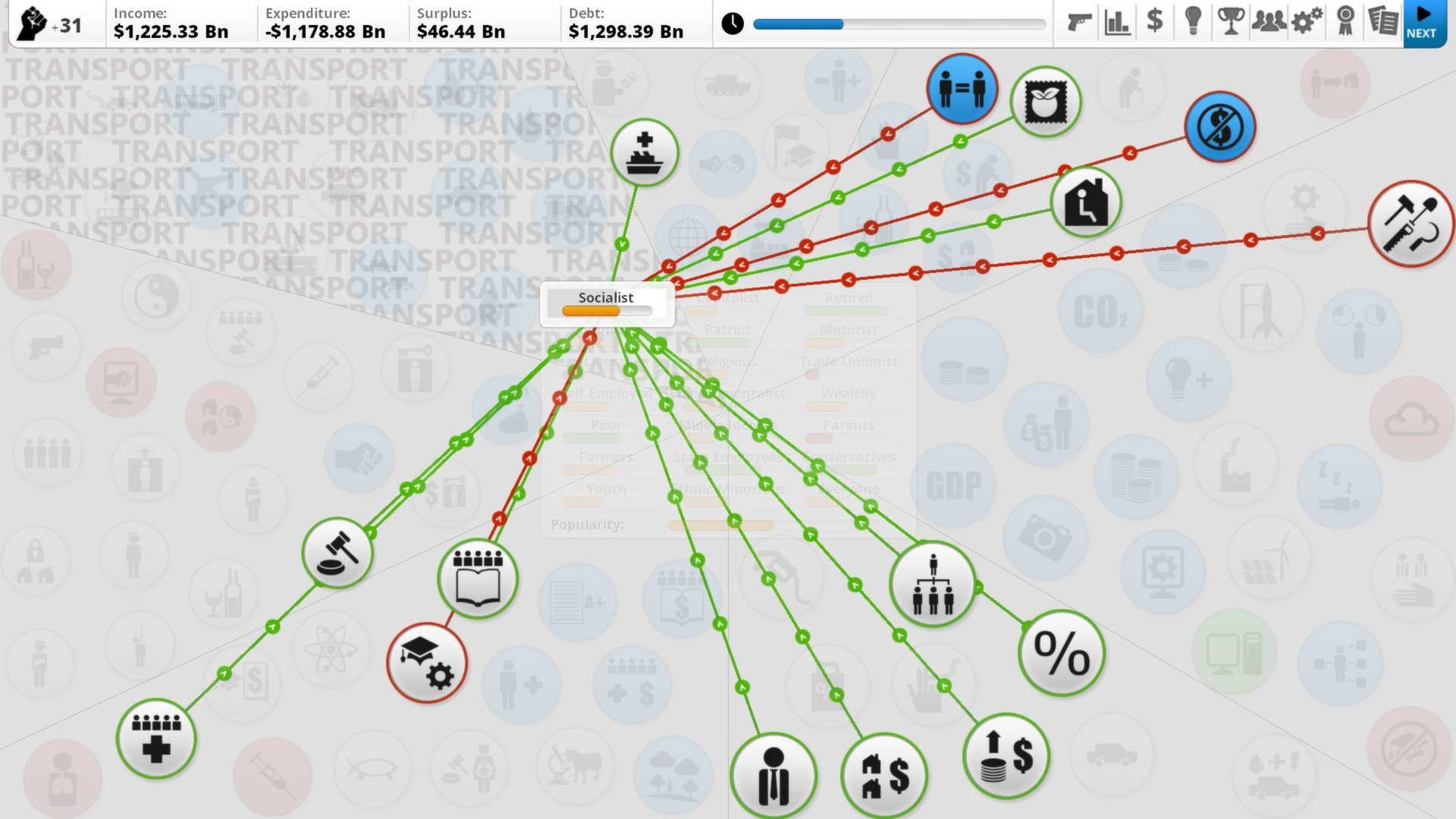 Democracy 3 is an indie strategy game developed and distributed by Positech Games in 2013. Have you ever wanted to be president? or prime-minister? Convinced you could do a better job of running the country? Let's face it, you could hardly do a worse job than our current political leaders. Crime, Unemployment, National Debt, Terrorism, Climate Change...

The system requirements are lightweight; nearly any new laptops will work for playing Democracy 3.