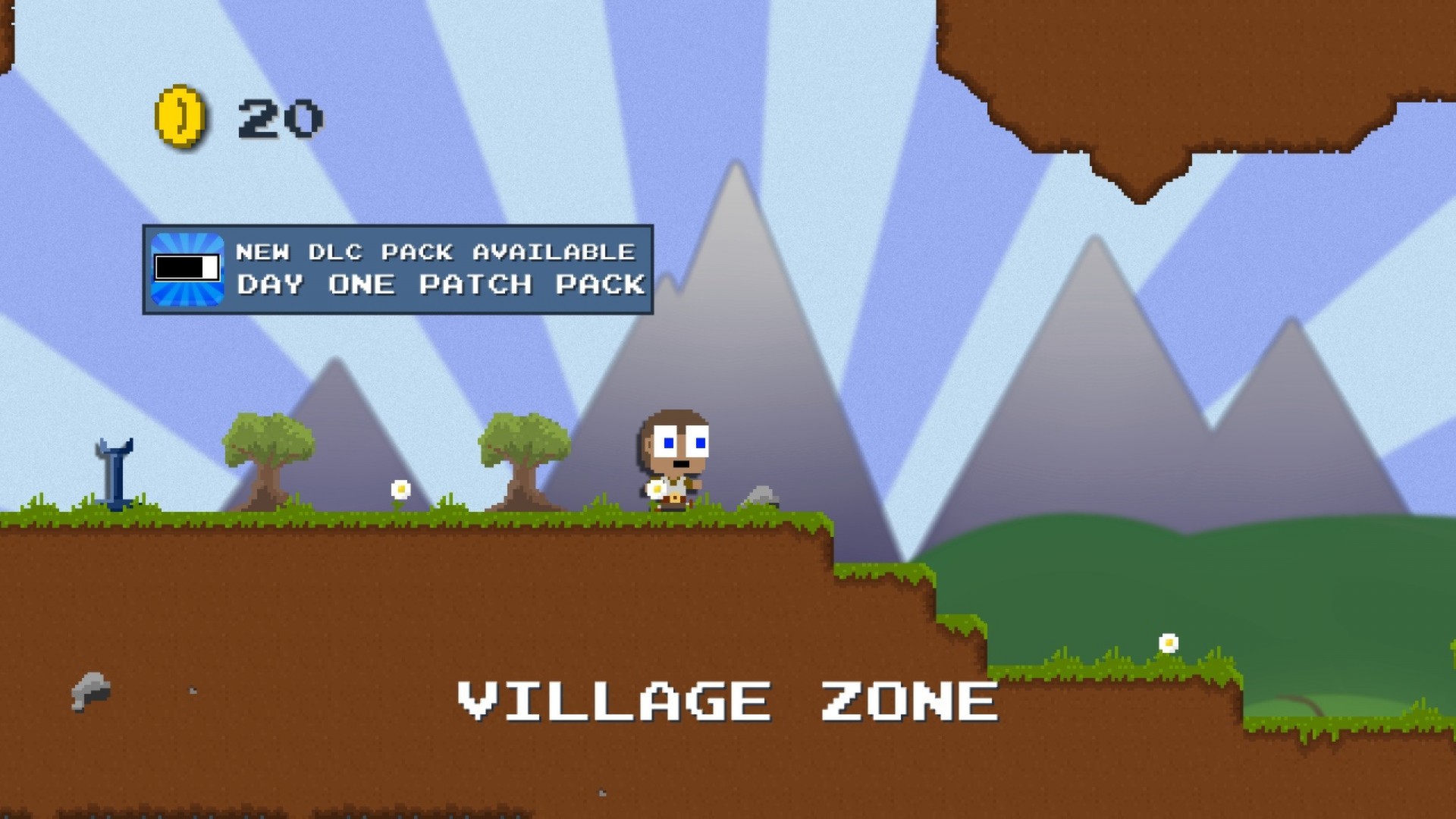 DLC Quest is an indie game developed and distributed by Going Loud Studios in 2013. What happens when DLC practices go too far? An indie developer makes a game that mocks the industry and its foibles, that's what. Defeat the bad guy, save the world and get the girl. But first you'll need to find coins to buy DLC to enable animation, sound and even pausing.

The system requirements are lightweight; nearly any new laptops will work for playing DLC Quest.