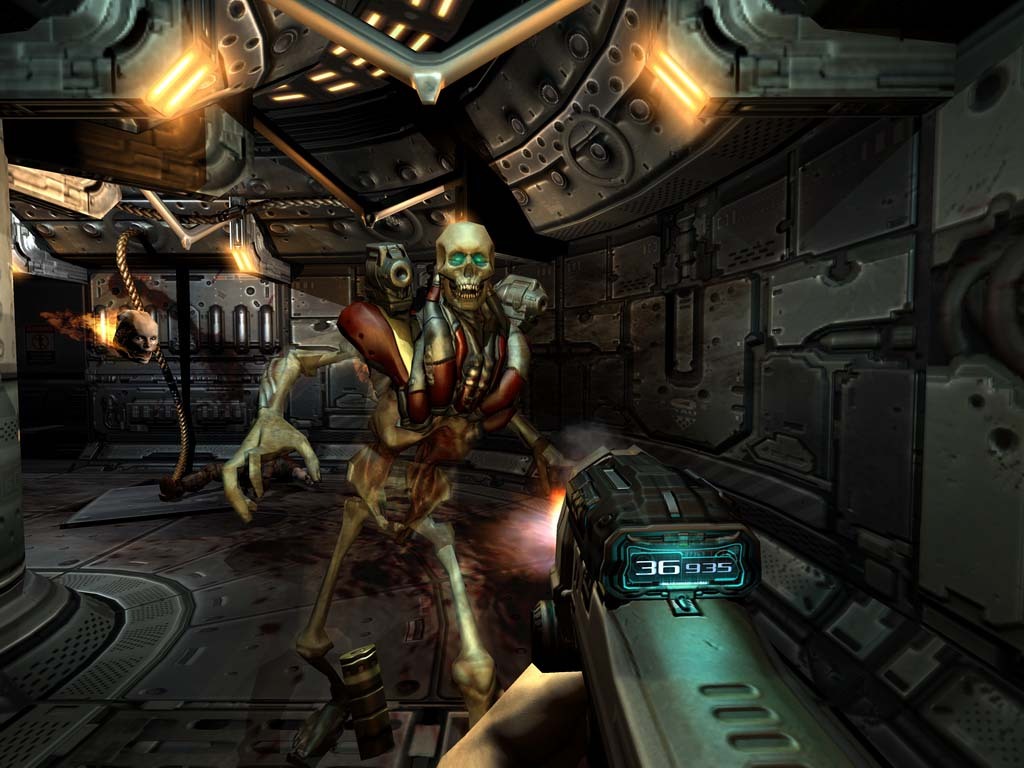 DOOM 3 is an action game developed and distributed by id Software in 2007. A massive demonic invasion has overwhelmed the Union Aerospace Corporation's (UAC) Mars Research Facility, leaving only chaos and horror in its wake. As one of only a few survivors, you must fight your way to hell and back against a horde of evil monsters.

The system requirements are lightweight; nearly any new laptops will work for playing DOOM 3.

Every new laptop meets the RAM requirement of 0.3gb.

Also, note that at least 2.2gb of storage space is required.