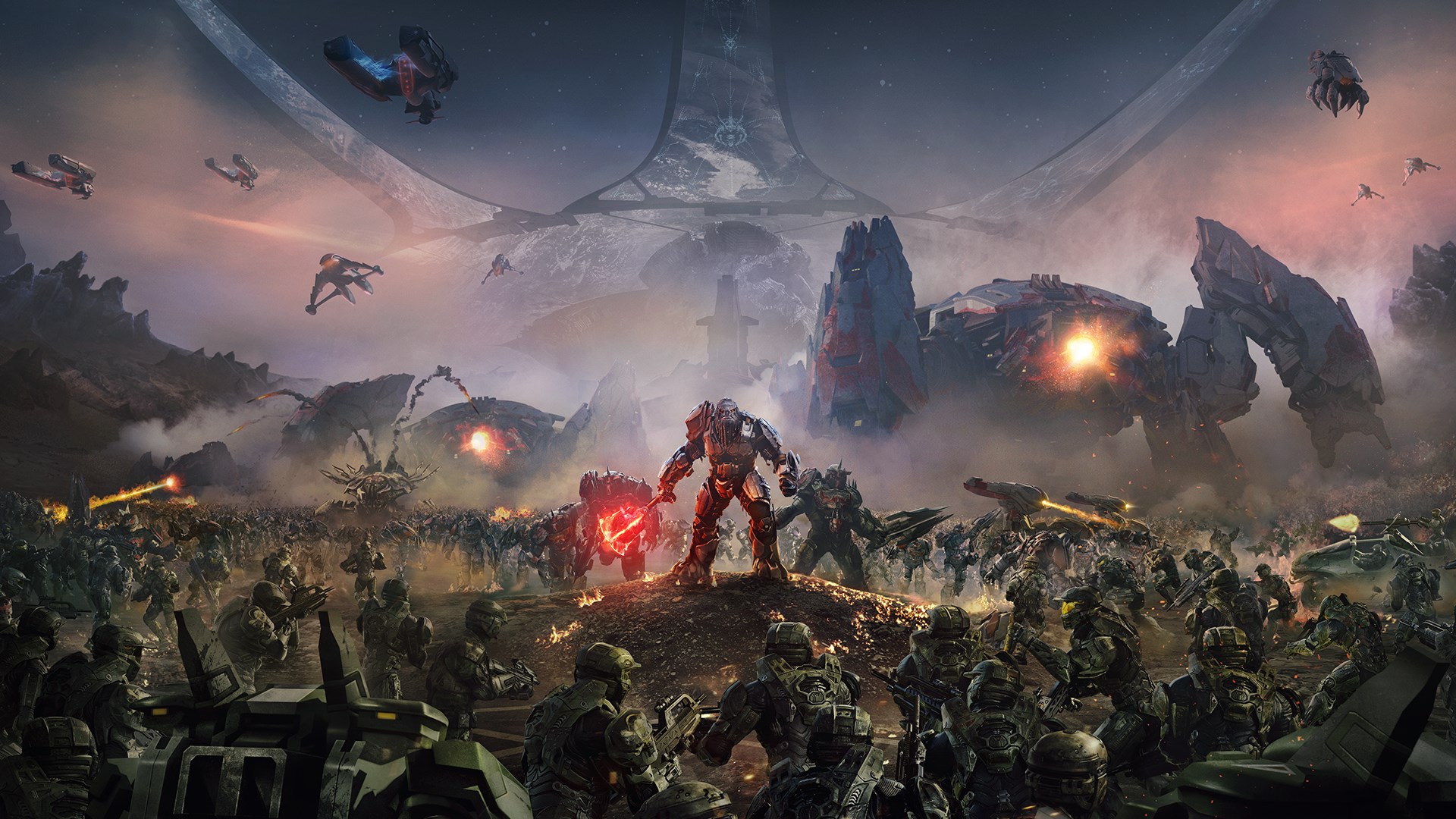 Halo Wars 2 is a ‪strategy‬ game developed by 343 Industries / Creative Assembly and distributed by Microsoft Studios. It’s the Halo experience you’ve dreamed of – controlling entire armies of Marines, Warthogs, Scorpion tanks, and Spartans on the battlefield from the Commander’s point of view. Halo Wars 2 is a real-time strategy game playable in native 4K Ultra HD graphics with HDR on the Xbox One X and Windows 10. Halo Wars 2 also supports Xbox Play Anywhere: Buy once, play on both Xbox and Windows 10. All-new, Action-packed Story – The heroes of Halo Wars awake to find themselves - and the galaxy - in more danger than ever. Following the events of Halo 5, the all-new story is told in action-packed missions set on the legendary Halo destination known as the Ark. Players will command overwhelming firepower in large-scale battles against a terrifying threat facing the UNSC and all of humanity. Build Your Halo Army – Construct your bases, prepare your vehicles and amass your troops. Lead them into huge battles across campaign skirmish matches against the AI, and with and against friends in up to 3v3 matches on Xbox Live. Learn new strategies as you play as different leaders across Blitz and Multiplayer game modes. With Halo Wars 2, you’ll be able to explore and battle in the Halo universe like you never have before. Online multiplayer features require Xbox Live Gold membership (sold separately). PHOTOSENSITIVITY SEIZURE WARNING: A very small percentage of people may experience a seizure when exposed to certain visual images, including flashing lights or patterns that may appear in video games. Visit Xbox.com for more information.

The system requirements are ordinary, and it's recommended to have a gaming laptop with a modern graphics processing unit for successfully playing HW2. GeForce GTX 1070 or better mobile GPU is needed.