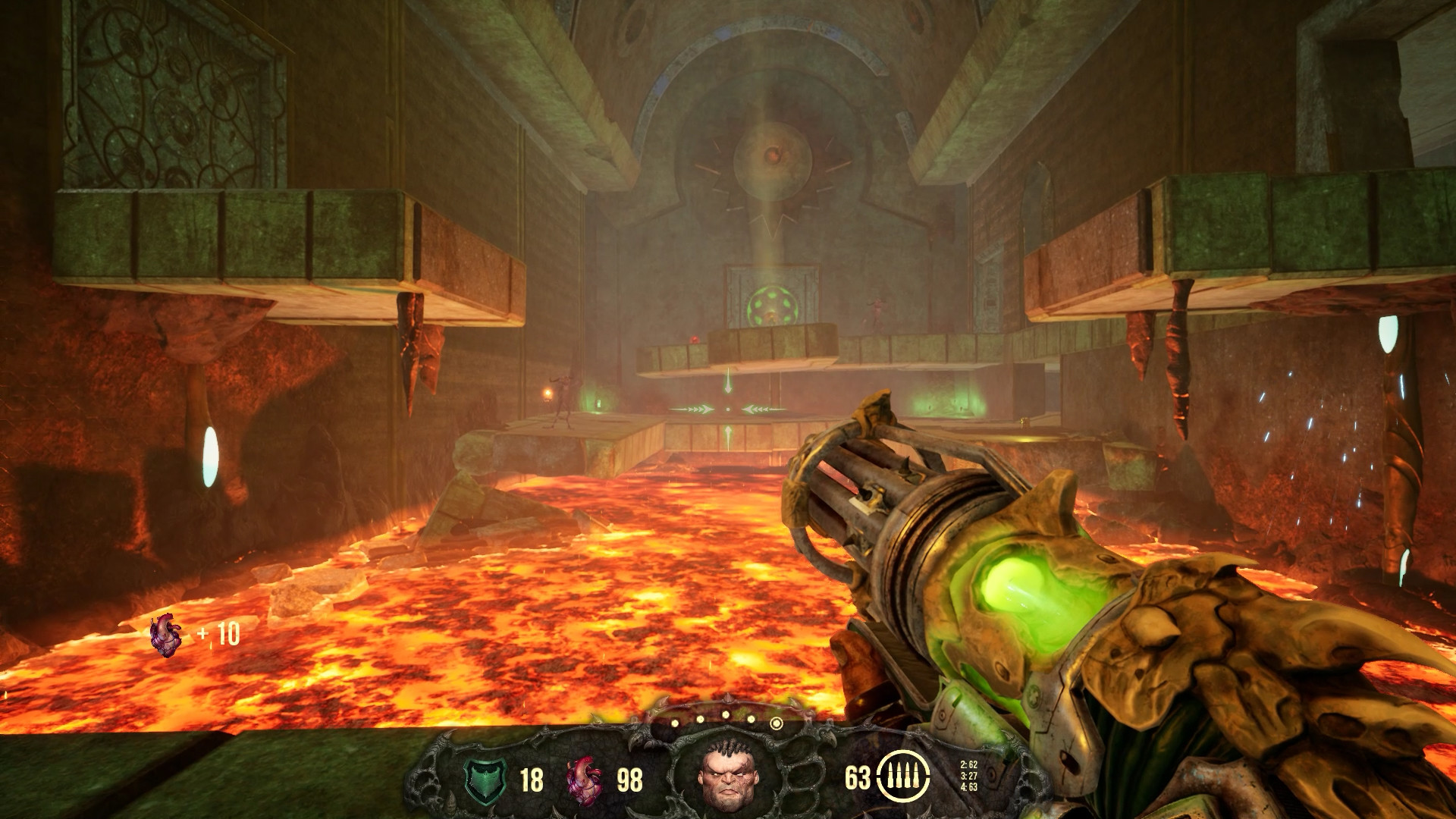 Hellbound is an indie game developed by Saibot Studios and published by Nimble Giant Entertainment in August 4, 2020. Classic First Person Shooter style game. Like the good old days. An action game focused on speed, gore, guns, and metal music. Inspired by the 90s’ classics with modern visuals and audio!

The system requirements are modest, but it's recommended to have a dedicated graphics processing unit for successfully playing Hellbound. GeForce GTX 980M or better mobile GPU is needed.