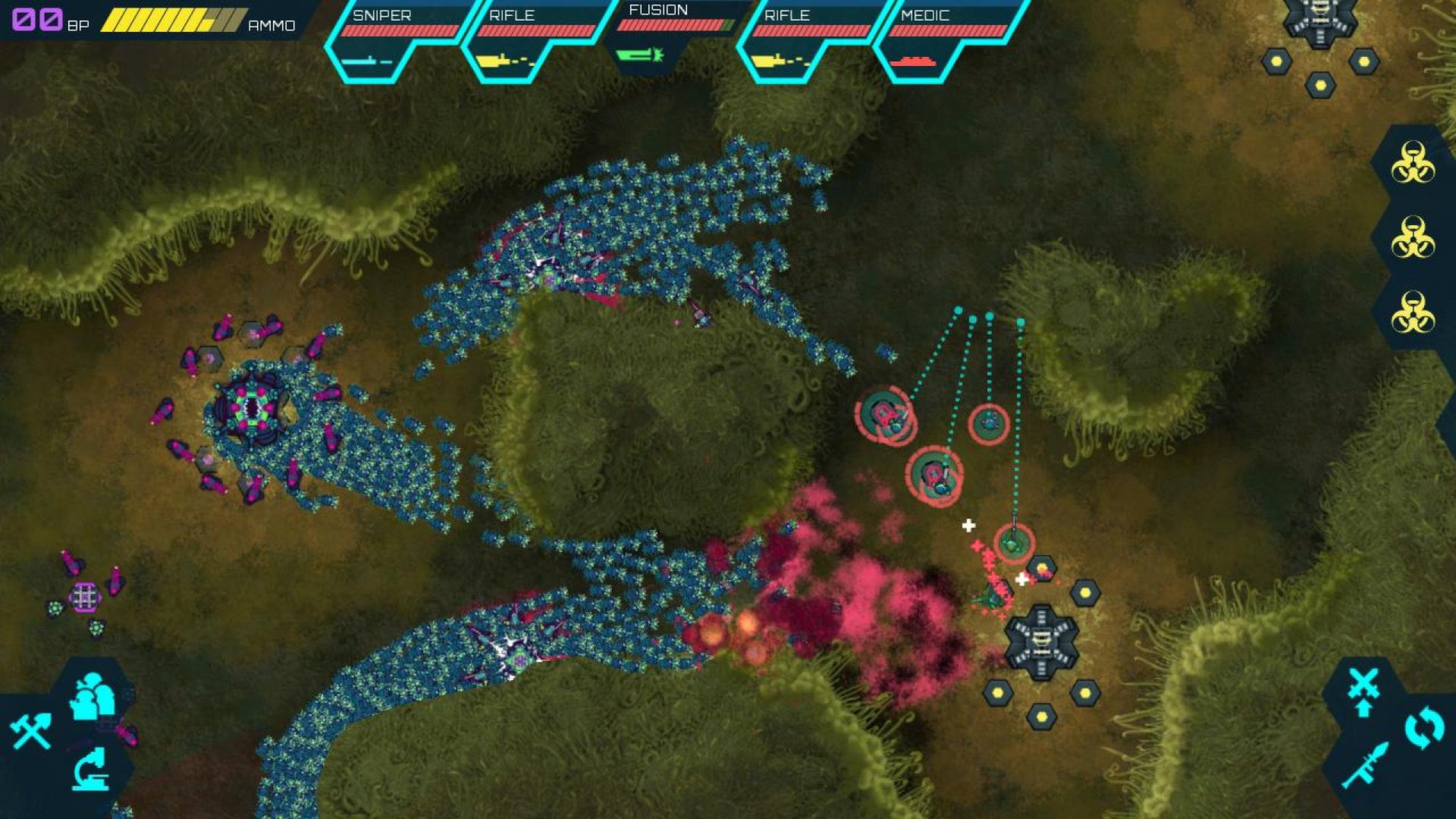 Infested Planet is an indie strategy game developed and distributed by Rocket Bear Games in 2014. Command a team of 5 elite soldiers against an alien horde of 100,000. Surrounded on all sides, you must outmaneuver and outsmart the enemy.

The system requirements are modest, but it's recommended to have a dedicated graphics processing unit for successfully running Infested Planet. GeForce GTX 580M or better mobile GPU is needed.