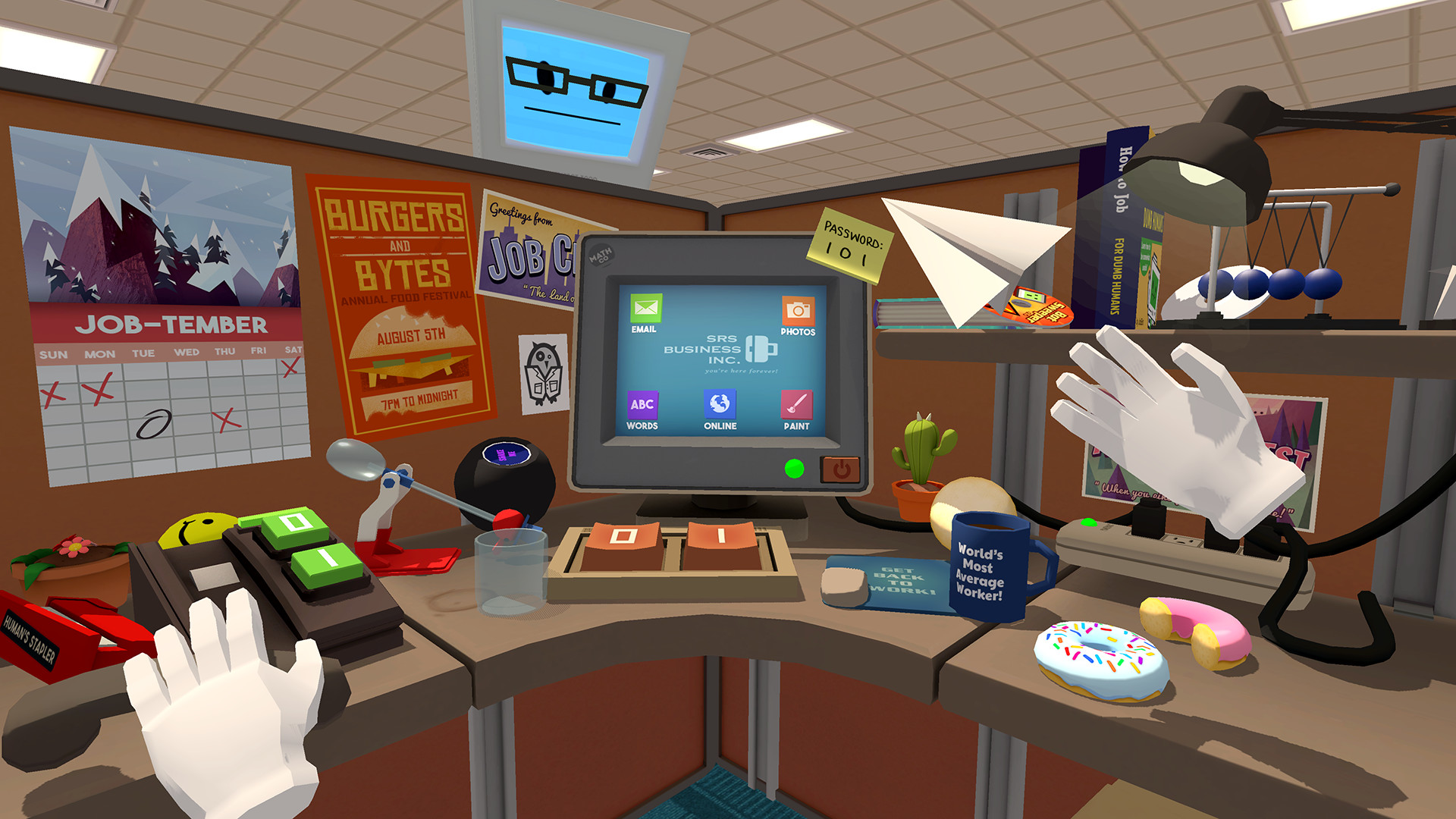 Job Simulator is a simulation game developed and distributed by Owlchemy Labs in 2016. In a world where robots have replaced all human jobs, step into the "Job Simulator" to learn what it was like 'to job'.

The system requirements are high, and a gaming laptop with a recent graphics processing unit is absolutely necessary for successfully playing Job Simulator. GeForce GTX 1660 Ti or better mobile GPU is required.

Also, note that at least 1gb of storage space is necessary.