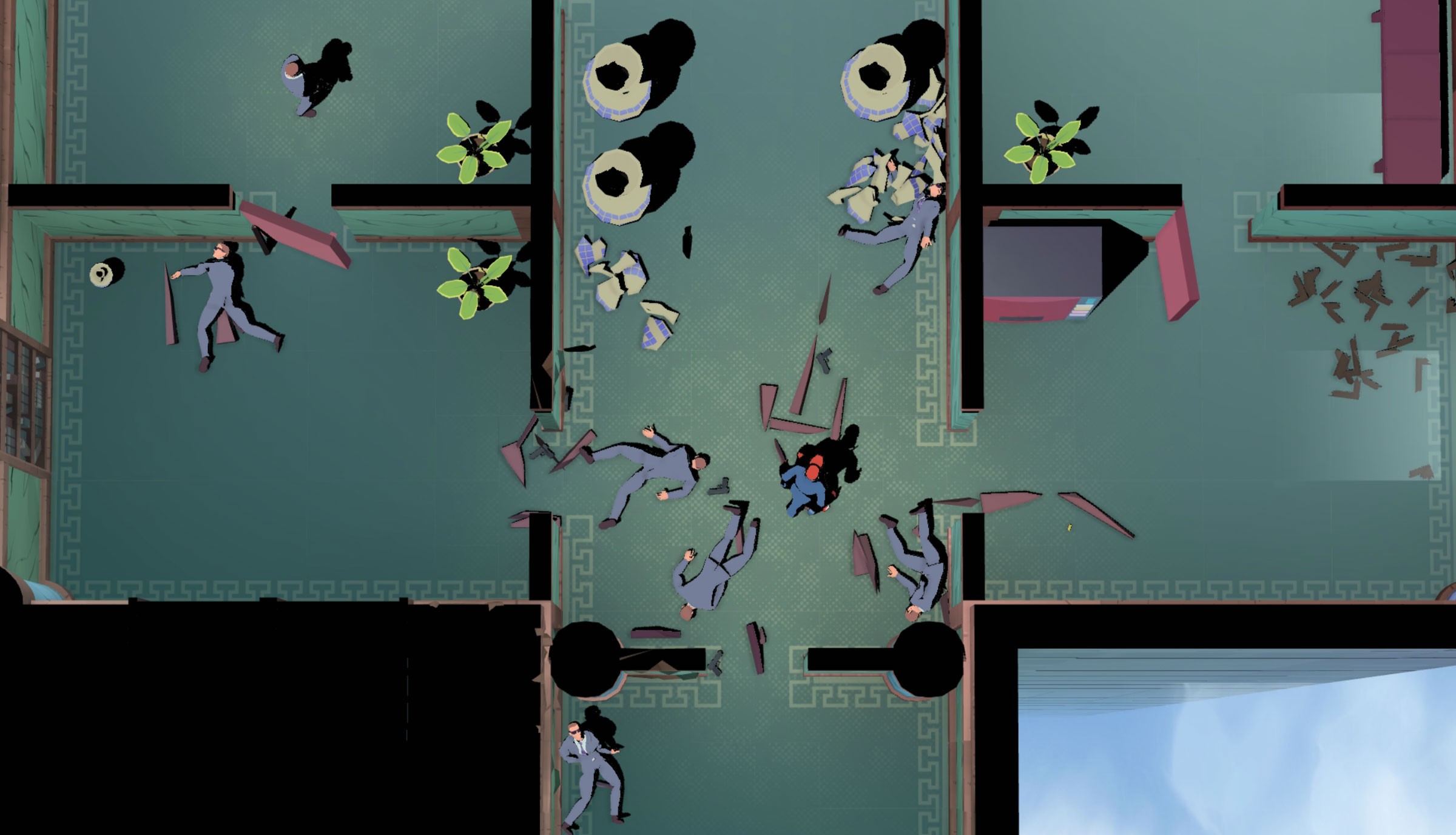 Mr. Shifty is a game developed by Team Shifty and distributed by tinyBuild in "2017. Mr. Shifty follows a teleportation-fueled heist to break into the world’s most secure facility. Shift through bullets, and master lightning-fast takedowns in an all-new kind of action game: A speed-stealth, kung-fu brawler about a teleporting thief, combining fast top-down gameplay with the ferocity of ‘90s Hong Kong action cinema.

The system requirements are modest, but it's recommended to have a dedicated graphics processing unit for successfully running Mr. Shifty. GeForce GT 755M or better mobile GPU is needed.