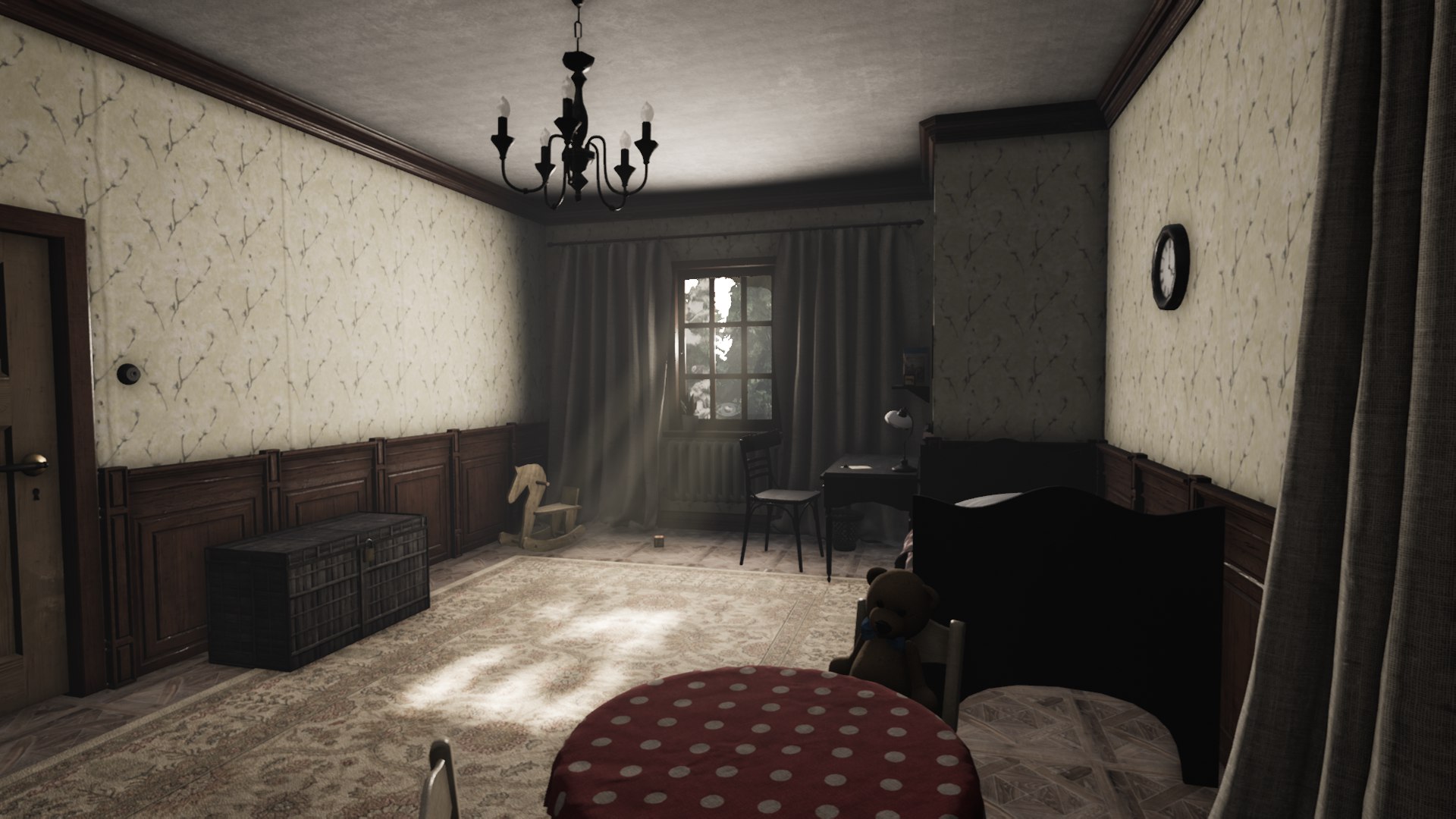 Never Again - Horror/first-person Quest. It's an indie adventure game developed and published by Primary Games in 2019. The main essence of the game is research locations and puzzles, plunging in the dramatic story of a little girl suffering from asthma.

The system requirements are modest, but it's recommended to have a dedicated graphics processing unit for successfully playing Never Again. GeForce GTX 760 Ti OEM or better mobile GPU is needed.