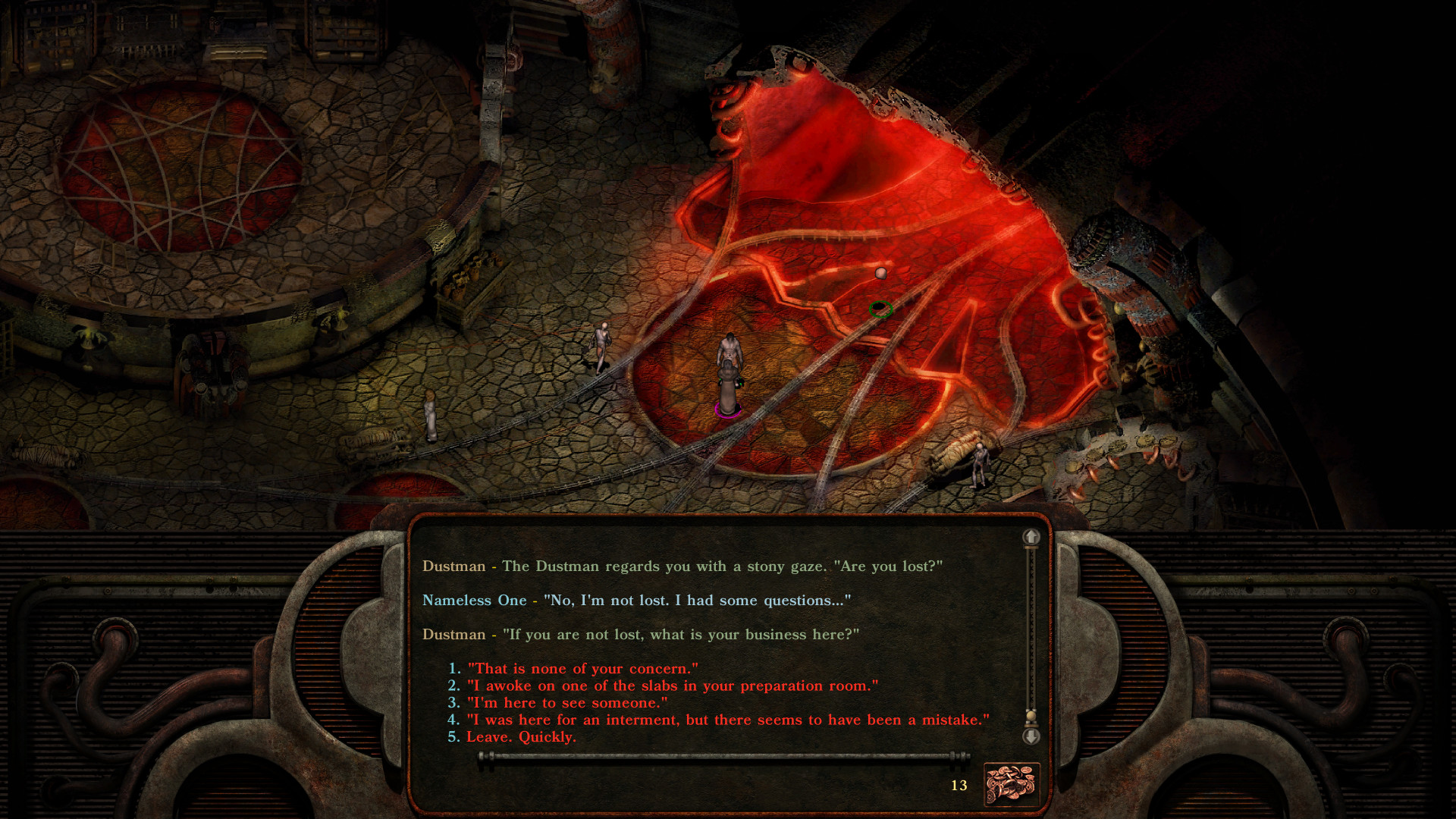 Planescape: Torment: Enhanced Edition is an adventure game developed and distributed by Beamdog in 2017. Uncover secrets of past lives in this story-rich, tactical roleplaying game set in Sigil, a dark fantasy city at the heart of the Dungeons & Dragons multiverse. Explore the planes, survive combat alongside a party of bizarre companions, and solve puzzles unlike any ever seen in the genre.

The game is very lightweight to run; all modern laptops can play P:T:E.