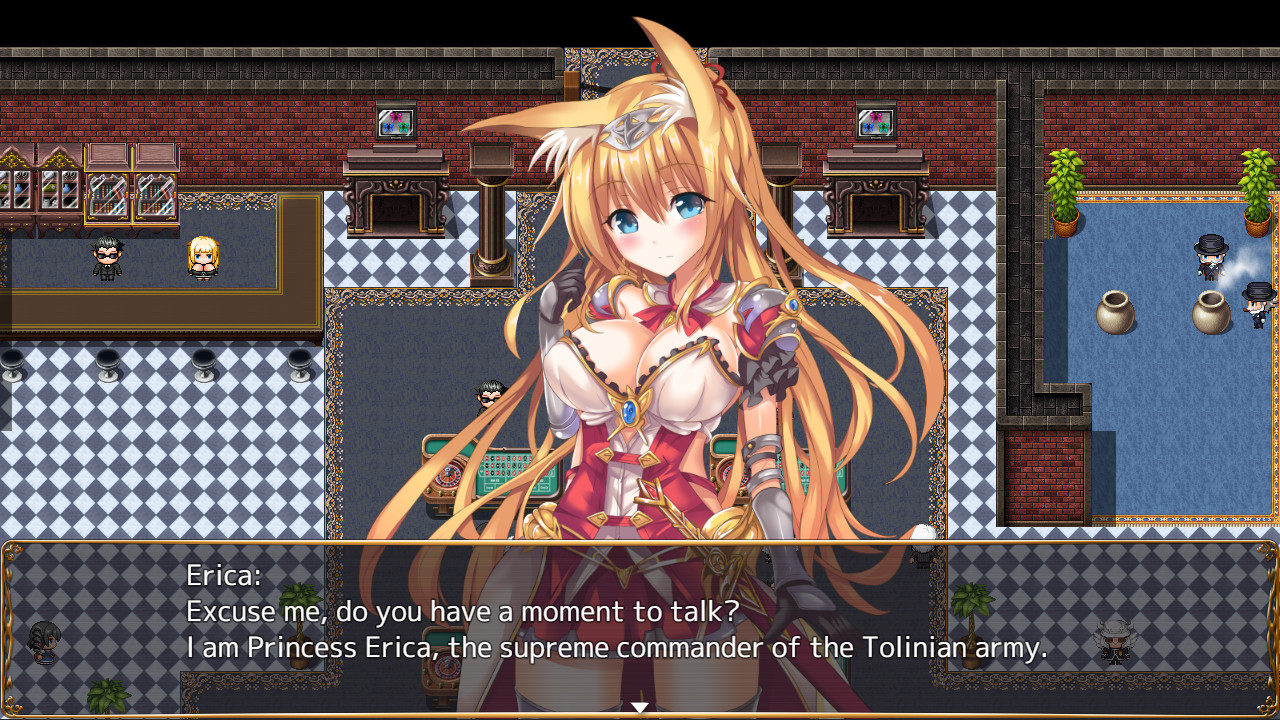 Princesses Never Lose! is an indie role-playing game developed by AVANTGARDE and distributed by Kagura Games in LL. Play as Erica, princess of the Tolinia Kingdom, as she fights to unify the Stivale Peninsula against a powerful, modernized country, that threatens to undermine the peninsula's sovereignty.

The system requirements are modest, but it's recommended to have a dedicated graphics processing unit for successfully running PNL. GeForce GT 650M or better mobile GPU is needed.