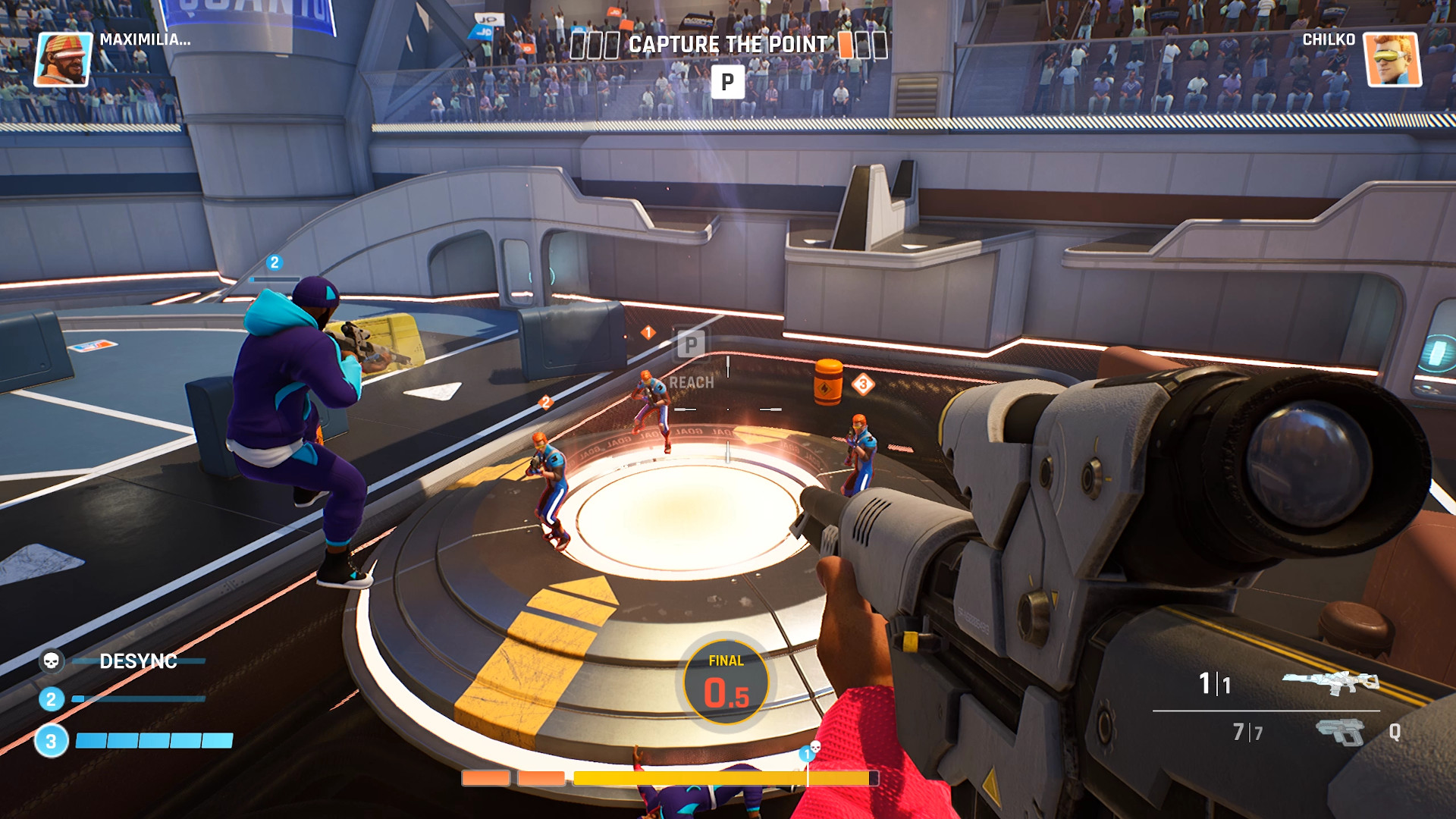 Quantum League is a revolutionary Time-Paradox Shooter: a competitive online FPS where you are battling within a time loop, tactically teaming up with your past and future selves in mind-blowing 1v1 and 2v2 matches. It's an indie sports game developed and distributed by Nimble Giant Entertainment in LL.

The system requirements are quite high, and a gaming laptop with a recent graphics processing unit is necessary for successfully playing Quantum League. GeForce GTX 1070 or better mobile GPU is needed.

Also, note that at least 20gb of storage space is necessary, which has to be noted if you install many games.