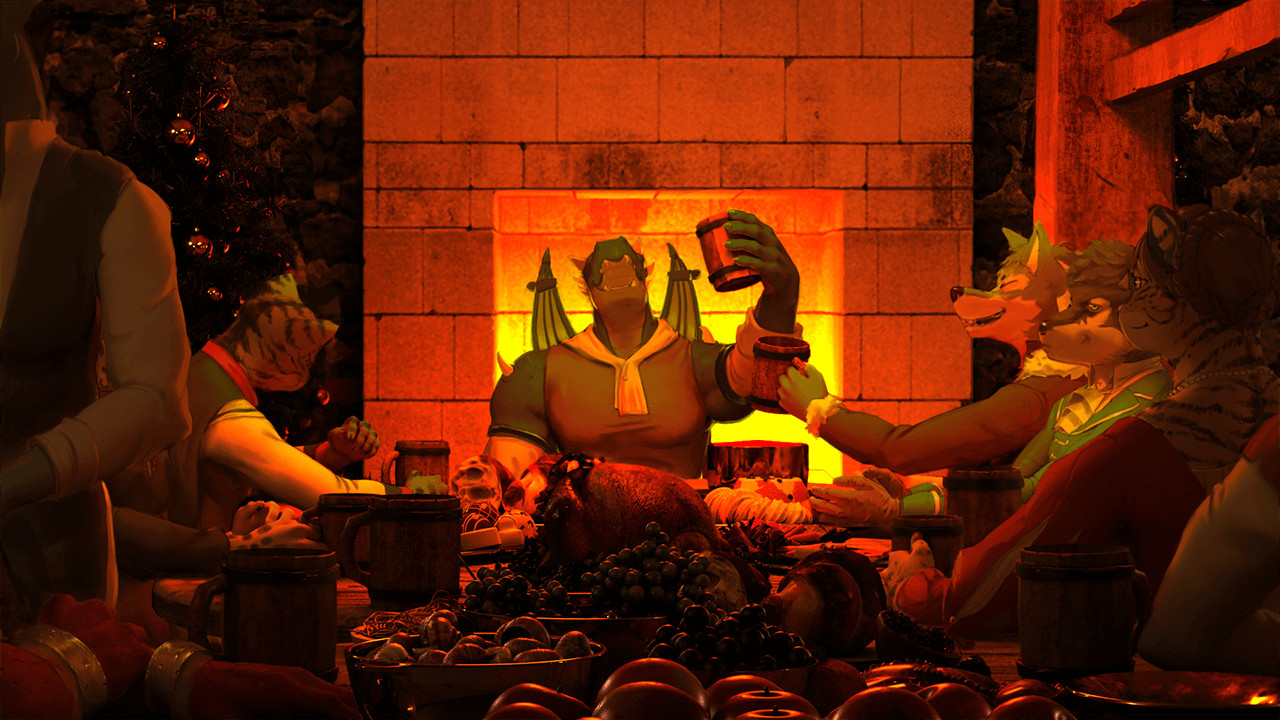 Roman's Christmas / 罗曼圣诞探案集 is an indie adventure game developed by apoto5 and distributed by Yogurt game and Milk Bottle Studio in LL. Roman, the wolf detective plans to spend his Christmas vacation in his favorite tavern, but murder cases happened in the tavern put him to work again.

The game is very lightweight to run; all modern laptops can play Roman's Christmas / 罗曼圣诞探案集.