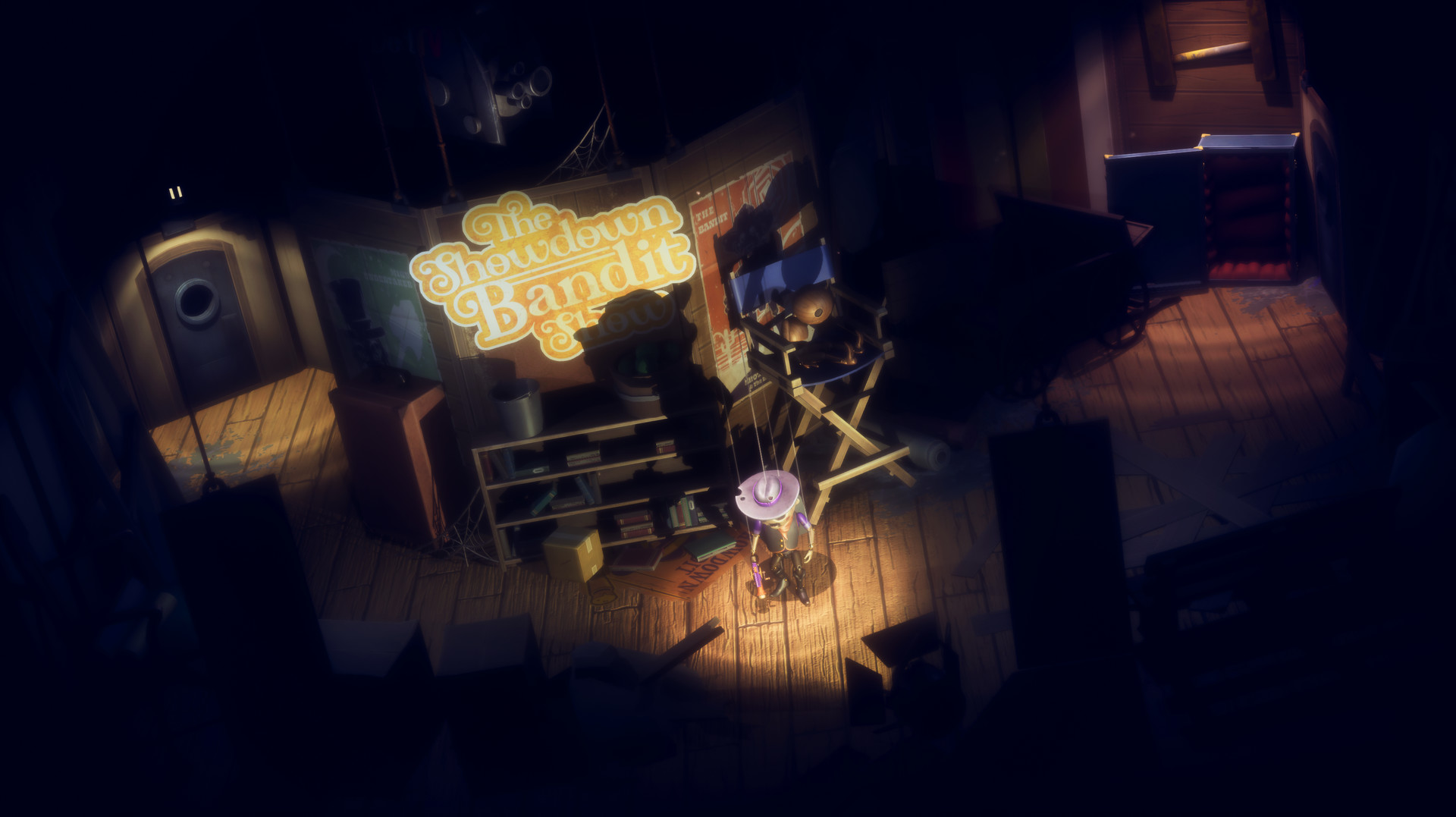 Showdown Bandit is a free indie adventure game developed and distributed by Kindly Beast in September 2019. Something unnatural is stirring on the abandoned sets of the once popular kids puppet show, Showdown Bandit. Play as the awakened Bandit in this stealth-action-horror where your only hope of survival is entangled within the 3 rules of the show: Play your part. Guard your strings. And don’t look up!

The system requirements are modest, but it's recommended to have a dedicated graphics processing unit for successfully running Showdown Bandit. GeForce GTX 765M or better mobile GPU is needed.