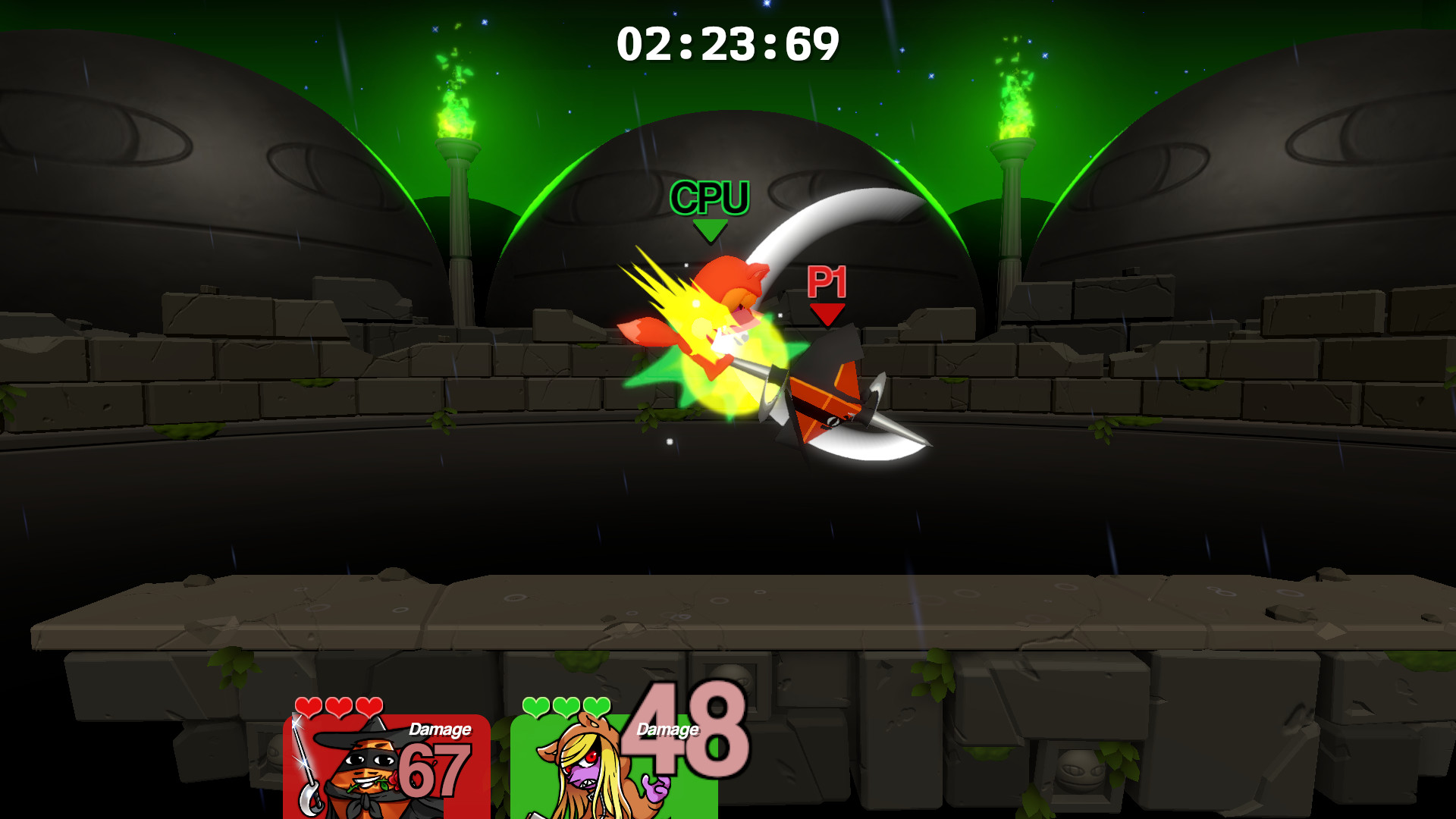 Slap City is a streamlined platform fighter with characters and locations from the Ludosity universe. It's an indie action game released in 2018. Slap your way through multiplayer modes like Battle and Slap Ball either locally or online!

The game is very lightweight to run; all new laptops can play Slap City.