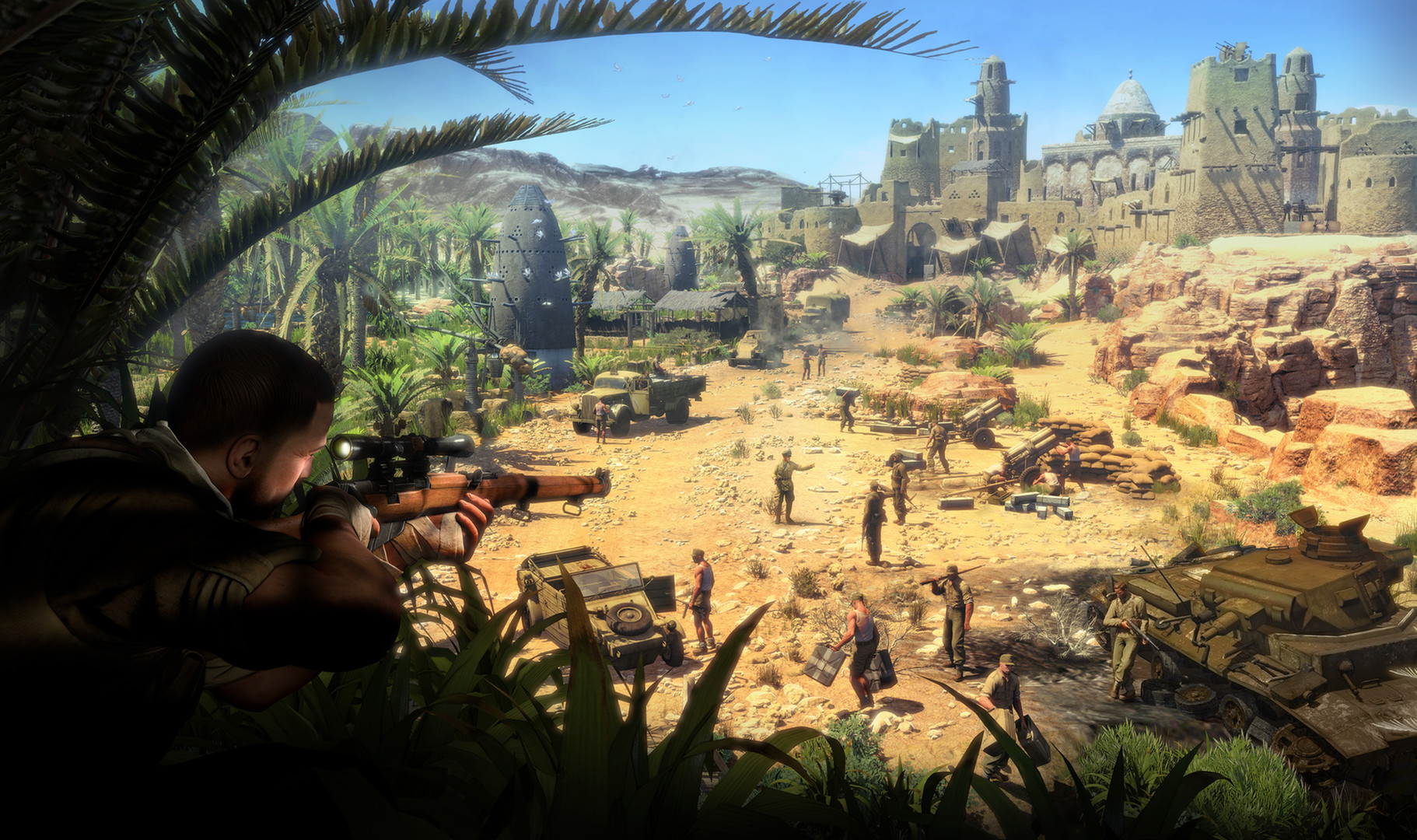 Sniper Elite 3 is a tactical third-person shooter that combines stealth, gameplay choice and genre-defining ballistics with huge, open levels and the exotic terrain of World War 2 North Africa. It's an adventure game developed and distributed by Rebellion in 2014.

The system requirements are lightweight; nearly any new laptops will work for playing SE3.

Also, note that at least 18gb of storage space is required, which has to be noted if you install many games.