Sniper Elite V2 Remastered is a game developed and distributed by Rebellion in May 2019. In the dark days of the end of World War 2 amidst the ruins of Berlin, one bullet can change history… Elite sniper Karl Fairburne returns to the front line in the remaster of this award-winning stealth-action experience. Packed with new features, contemporary visuals and definitive content.

The system requirements are modest, but it's recommended to have a dedicated graphics processing unit for successfully running SEVR. GeForce RTX 2080 or better mobile GPU is needed. 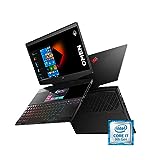