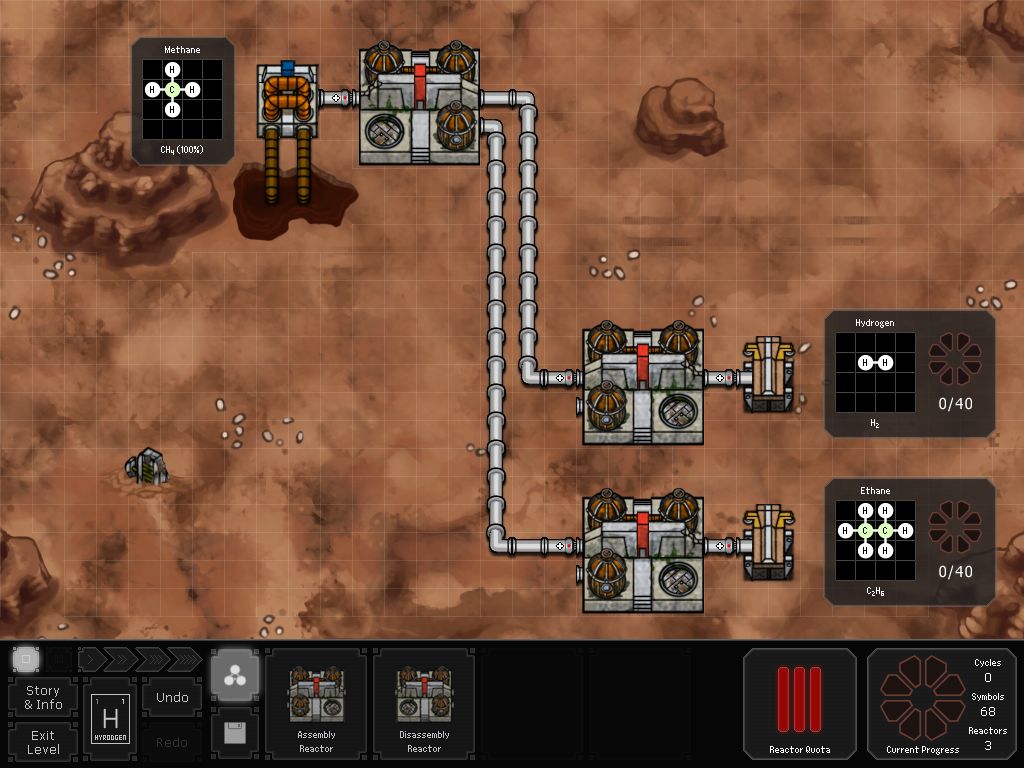 SpaceChem is an indie simulation game released in 2011. Zachtronics is back with an ambitious new design-based puzzle game. Take on the role of a Reactor Engineer working for SpaceChem, the leading chemical synthesizer for frontier colonies. Construct elaborate factories to transform raw materials into valuable chemical products!

The game is very lightweight to run; all modern laptops can play SpaceChem.