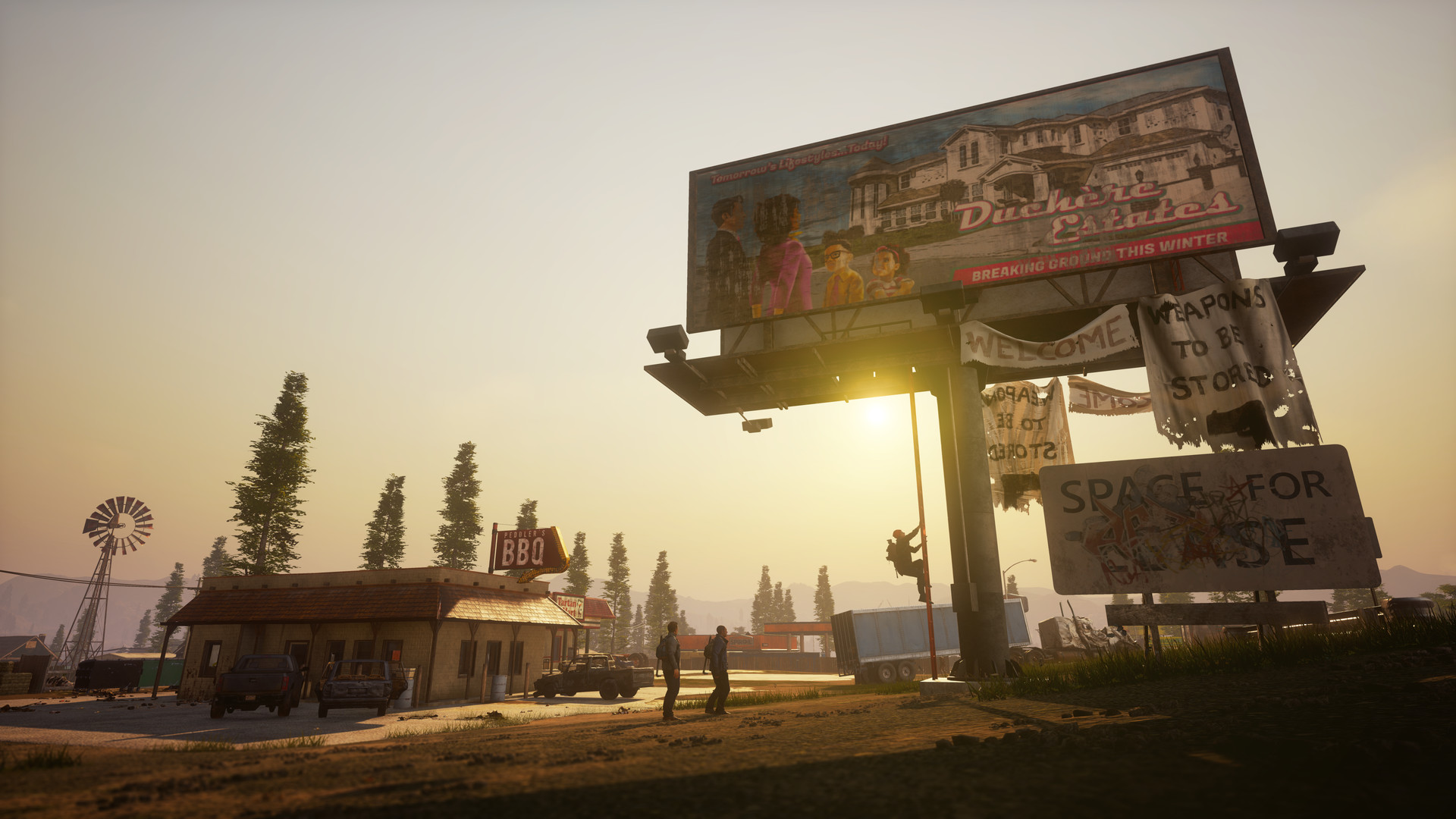 State of Decay 2: Juggernaut Edition is a role-playing game developed by Undead Labs and distributed by Xbox Game Studios in LL. The dead have risen and civilization has fallen. Now it's up to you to gather survivors, scavenge for resources and build a community in a post-apocalyptic world – a world where you define what it means to survive in this ultimate zombie survival simulation.

The system requirements are quite high, and a gaming laptop with a recent graphics processing unit is required for successfully playing SoD2:J. GeForce GTX 1070 or better mobile GPU is needed.

Also, note that at least 30gb of storage space is required, which is quite big if you plan to install many games.