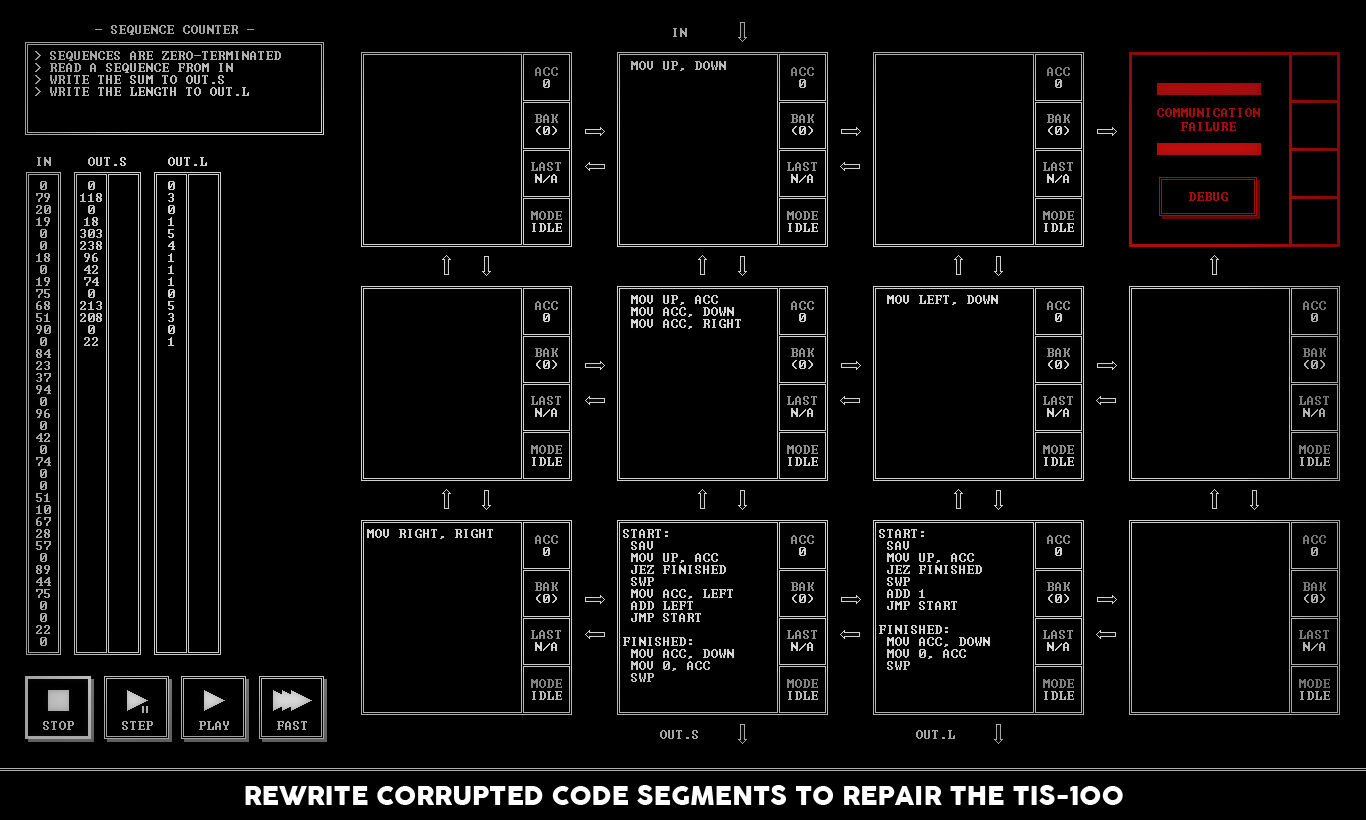 TIS-100 is an open-ended programming game by Zachtronics, the creators of SpaceChem and Infinifactory, in which you rewrite corrupted code segments to repair the TIS-100 and unlock its secrets. It's an indie simulation game released in 2015. It’s the assembly language programming game you never asked for!

The game is very lightweight to run; all modern laptops can play T100.