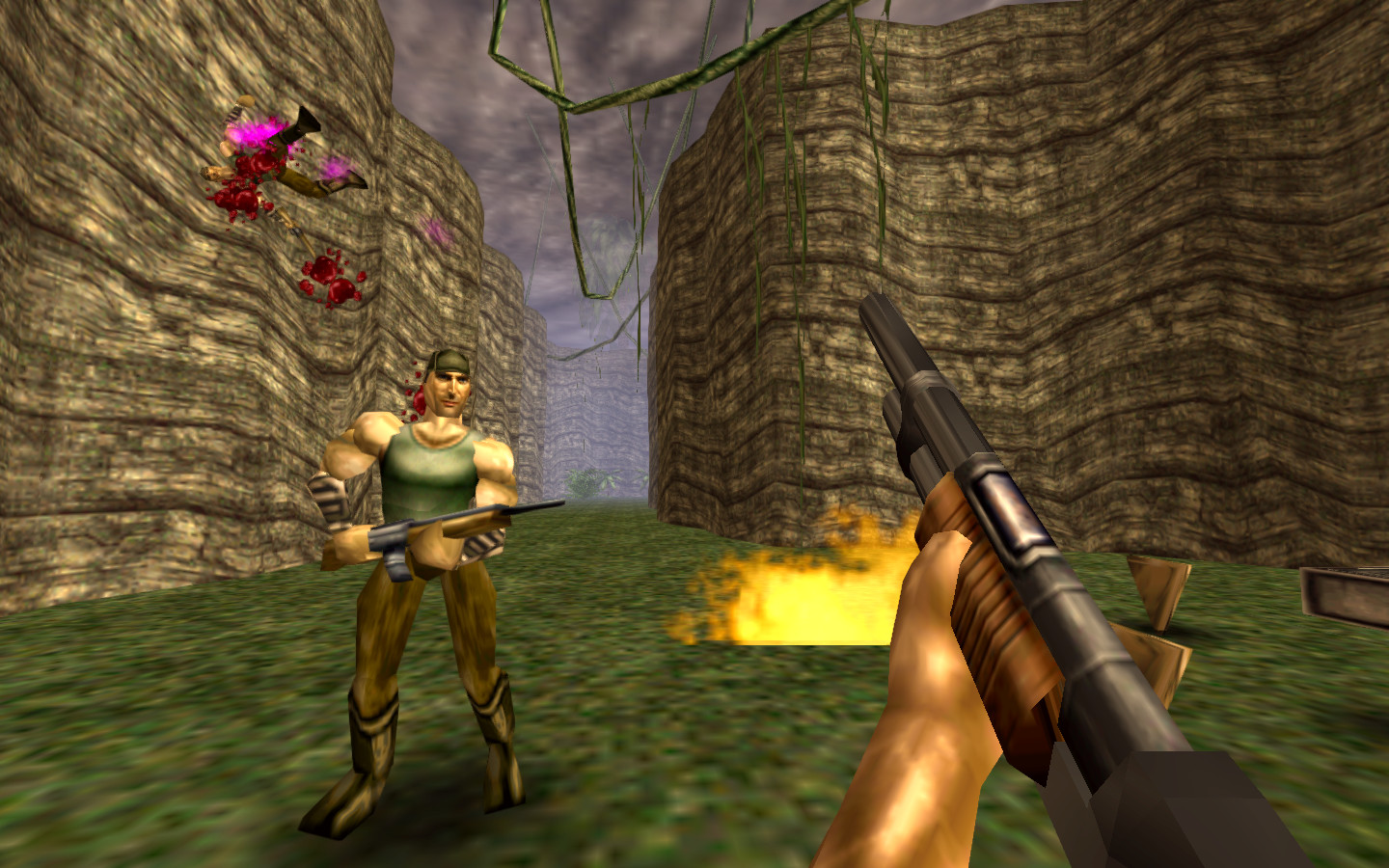 Turok is an adventure game developed by Iguana Entertainment and Nightdive Studios and distributed by Nightdive Studios in 2015. A world where time has no meaning - and evil knows no bounds. Torn from a world long gone, the time traveling warrior Turok has found himself thrust into a savage land torn by conflict.

The game is very lightweight to run; all modern laptops can play Turok.