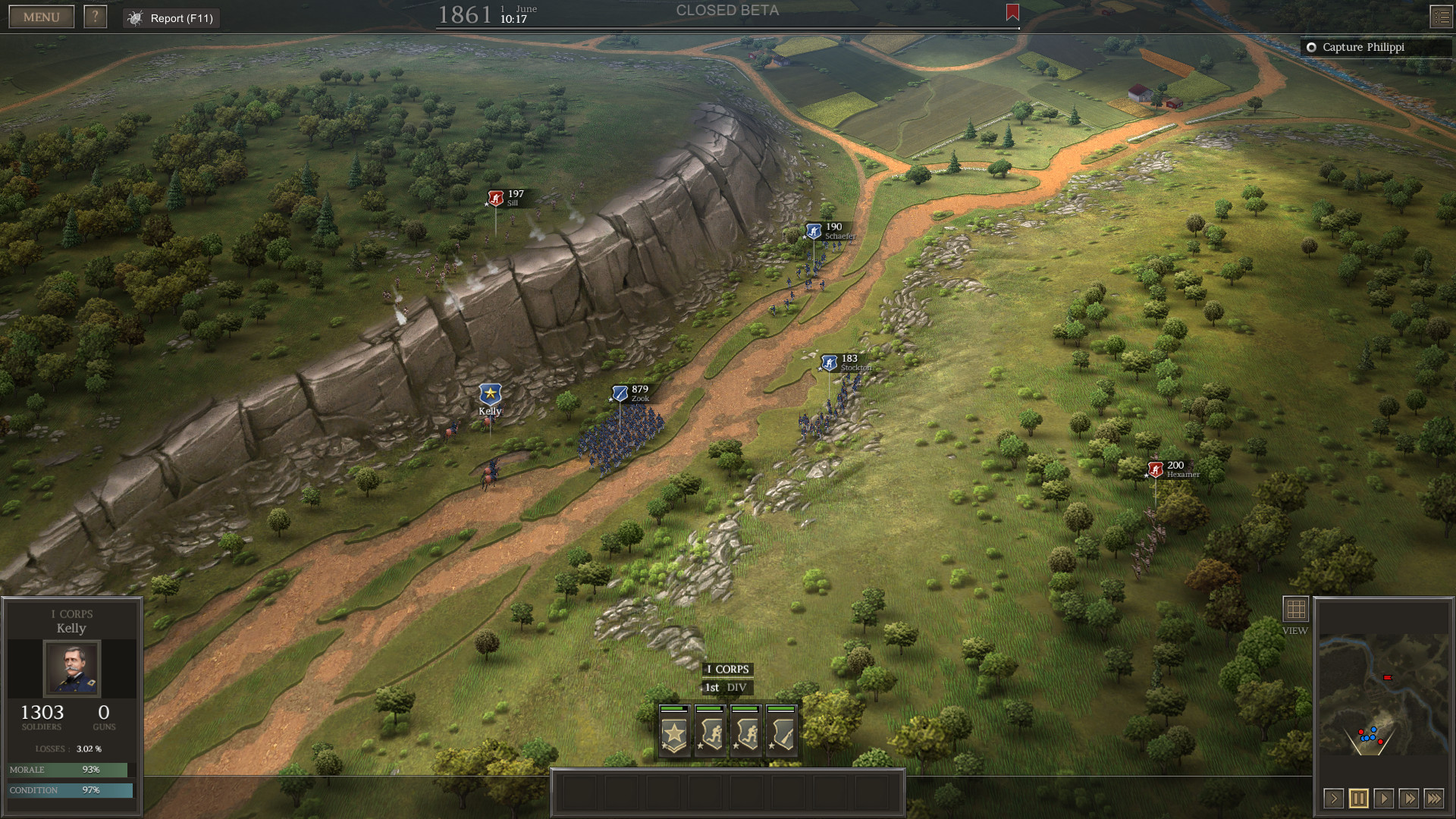 Ultimate General: Civil War is a tactical war-game. It's an indie strategy game developed and distributed by Game-Labs in 2017. Experience the bloodiest period of U.S. history - the American Civil War of 1861-1865.

The system requirements are modest, but it's recommended to have a dedicated graphics processing unit for successfully running UG:CW. GeForce GTX 970M or better mobile GPU is needed.