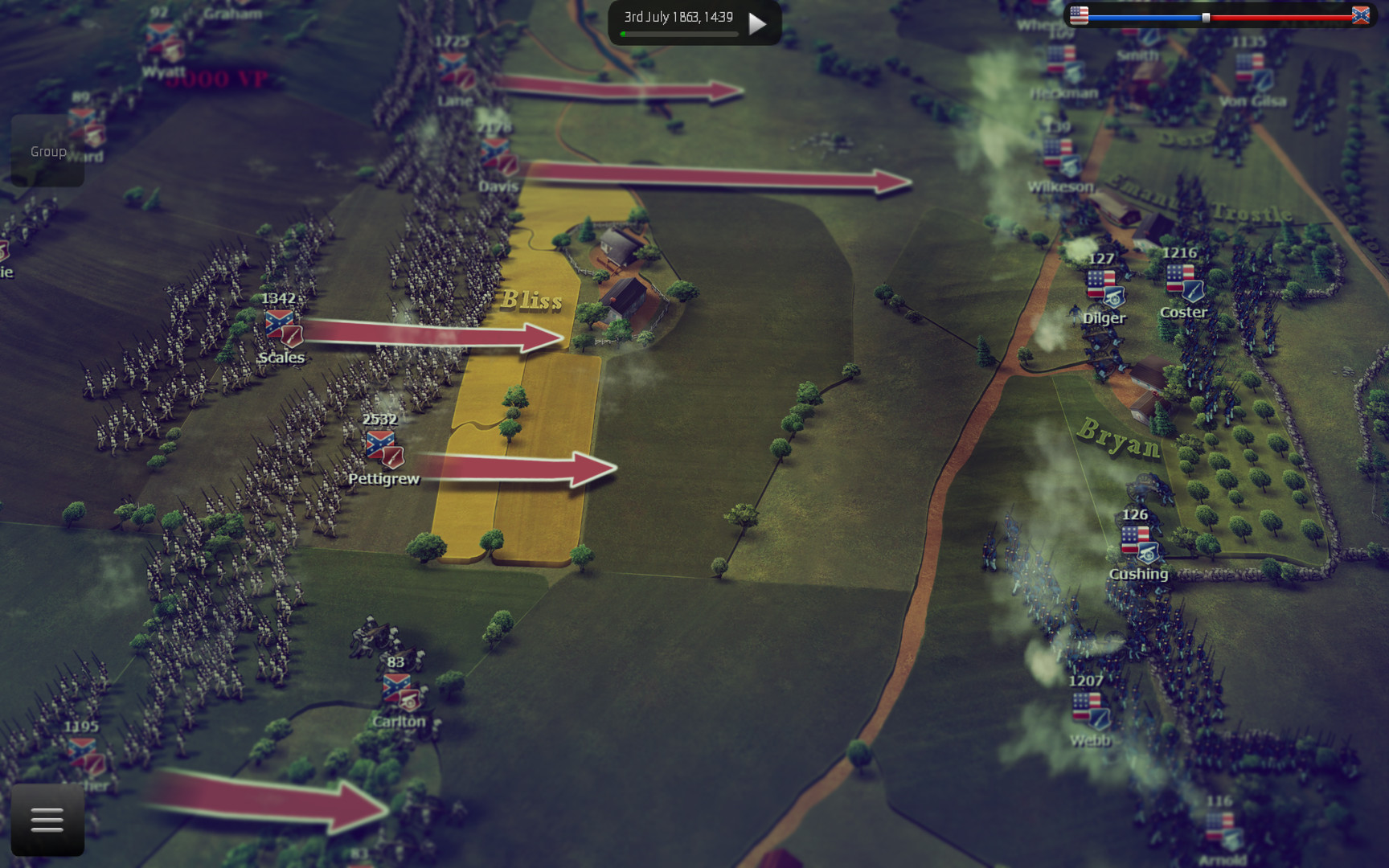 Ultimate General: Gettysburg is an indie strategy game developed and distributed by Game-Labs in 2014. A Tactical Battle Simulator that allows you to command thousands of soldiers as a Union or Confederate General. The game features the most accurately created map, a non-linear battle campaign, complex morale, innovative control mechanics and smart AI.

The system requirements are lightweight; nearly any new laptops will work for playing UG:G.