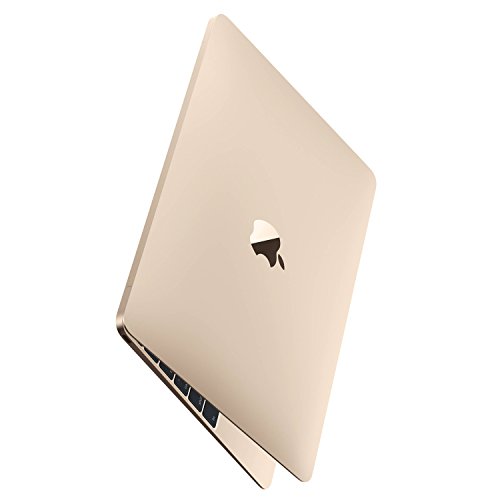 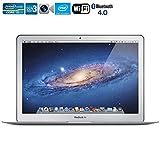 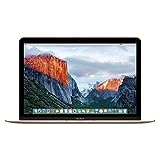 Pure Invention - We designed MacBook to be not only thinner and lighter, but more functional and intuitive than ever before. To do that, we couldn’t just shave a millimeter here, a gram there. So we started from scratch, reinventing each essential element as part of a singular, deceptively simple design. It’s everything there is to love about Mac. In its purest form ever. A keyboard reimagined from A to Z - From the beginning, our goal was to design a full, uncompromising Mac experience. And a full-size keyboard is an essential part of that. In order to fit a full-size keyboard in the incredibly thin MacBook, we designed the keyboard from the ground up. Each component has been rethought, from the underlying mechanism to the curvature of the surface of each key to the distinctive new typeface. The result is a keyboard dramatically thinner than its predecessor. Now when your finger strikes the key, it goes down and bounces back with a crisp, consistent motion that makes typing with precision a breeze. The 12-inch Retina display on MacBook isn’t just picture perfect, it’s also paper thin. In fact, at just 0.88 millimeter, it’s the thinnest Retina display ever on a Mac. A specially developed automated manufacturing process forms the impossibly thin edge-to-edge glass that’s only 0.5 millimeter thick. And we reduced the space between display components for a tighter, more integrated design. The Force Touch trackpad may look like other trackpads on the surface, but underneath it’s unlike anything that’s existed before. Force sensors detect how much pressure you’re applying, and the new Tap-tic Engine provides a click sensation when you press anywhere on the surface. Now the click that once was a single, mechanical function is just the start of what you can do with Force Touch. The sensory capabilities of the Force Touch trackpad allow you to tell your MacBook what you want it to do based on subtle differences in the amount of pressure you apply. This makes it possible to perform a variety of different actions in different apps, all on the same surface. And it can respond with haptic feedback you can actually feel, making your MacBook more usable and personal than ever before. Inside you’ll find sixth-generation Intel Core m3 with 14-nanometer process technology. This means that the chips are packed with transistors for higher density and more efficient performance. The Core M processors are the perfect fit for MacBook, combining energy efficiency with the performance needed to handle everyday tasks.

macOS Sierra, Chipset: Intel Core m5, Processor: Dual-Core 1.2 GHz (with Turbo Boost Up to 2.7 GHz), Graphics: Intel HD Graphics 515; Dual display and video mirroring: simultaneously supports full native resolution on the built-in display and up to 3840 by 2160 pixels at 30Hz on an external display, both at millions of colors